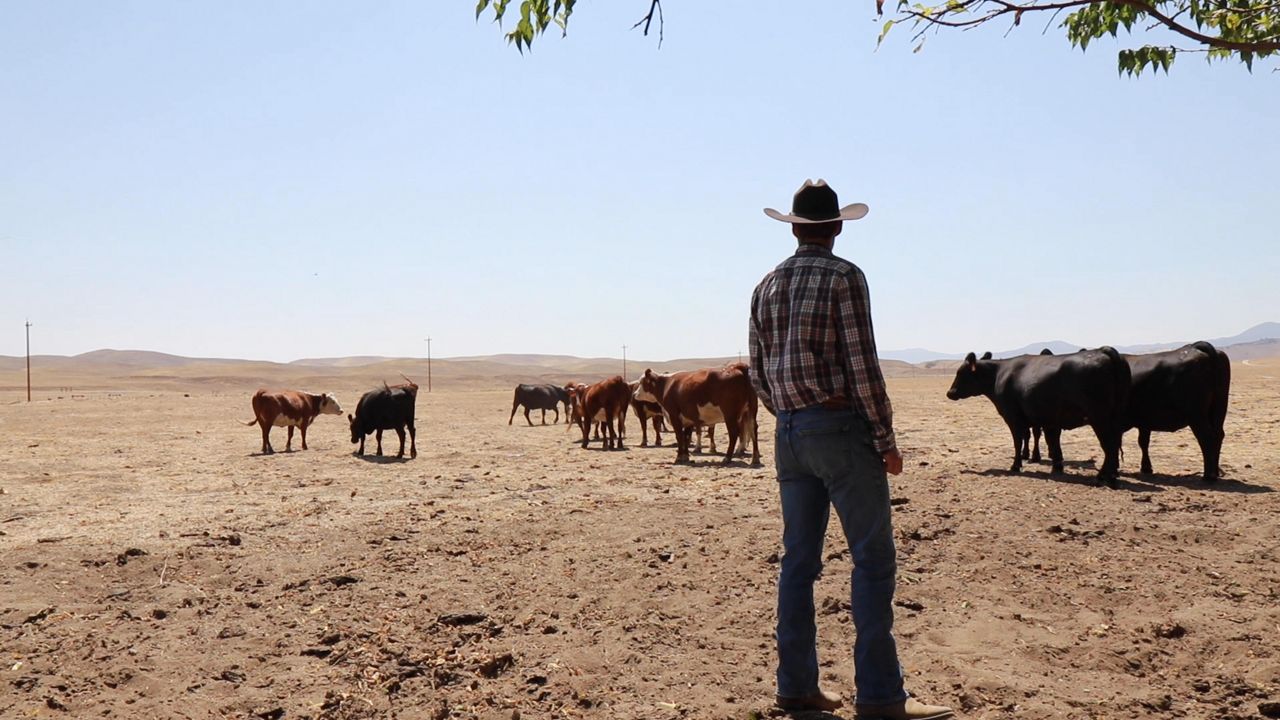 SAN LUIS OBISPO, Calif .– For decades, ranchers have had to adapt to the perpetual state of drought in California. It is an accepted part of agriculture.

While herders have methods of adjusting during the lean years, many said this year’s drought was different.

“My great-great-grandfather bought the properties in 1875,” Sinton said.

Walking through the family pasture, as the cows gazed curiously but keeping their distance, one thing was noticeably missing from the Avenales ranch: green grass. Currently, the ranch is made up of miles of dry amber grasses and dust, as far as the eye can see.

He is not alone in this crisis. Ranchers across the western United States are experiencing the same problems.

In times of drought, herders reduce their herds according to the amount of fodder and grass they have so as not to overgraz the land. Often times, they sell cows to ranches all the way to the Pacific Northwest or to ranches in the Midwest. This practice is common and in itself not alarming. But this year Sinton had to reduce his herd size by 50%, and he doesn’t even think that was enough.

“It’s serious. I probably should have cut more, I know a lot of people who cut 60-70%,” Sinton said, looking among a group of his cows. “You know, it’s always difficult because as a breeder you spend years and years working on your genetics and building your cow herd to be the best it can be. And then in a year, all of a sudden, you’re back to square one.

Avenales Ranch is still a family business and Sinton’s father Steve Sinton said the ranch has not experienced this kind of severe drought since the 1970s.

“We have learned that the things cattle eat, grasses and food, decrease as the rain subsides and recover more slowly, so it will take a long time for us to recover,” Steve said. “Land and property is who you are, it’s where you belong… It’s more than a place. People talk about their roots and that’s what it really is, these are our roots. “

But in 1972, Sinton’s grandfather saw problems in the ranching world, both with drought and market volatility, so he came up with a back-up plan for the ranch. It has been useful in the past and will certainly come in handy during this year’s drought.

“He decided he needed to branch out a bit and that this would be the perfect place to grow wine grapes,” said Sinton, surrounded by vines. “We have very hot days here, but also very cold nights, and it’s ideal for wine grapes.”

Today, the ranch owns and operates Shell Creek Vineyards, a boutique line known primarily for its little sirah. The Sinton family is made up of cowboys who became winegrowers.

“There’s an 8 acre block of petite sirah next to this one, then we have a block of chenin blanc and a block of cabernet,” Sinton said.

Sinton said that while all agriculture is based on ups and downs, vineyards have less volatility than raising cattle, especially in an area like San Luis Obispo, where water is hard to come by. . Paradoxically, grapes do better when stressed for water. Too much water and the grapes will swell, creating a weak wine. The less water they receive, the more sugars develop and create a more full-bodied wine.

“[The grapes] definitely got us through some tough times, ”Sinton said.

Sinton and his father said they felt a greater sense of responsibility than most to maintain the ranch, including the cattle. They see themselves as stewards of the land, tasked with carrying the ranch for the next 140 years.

As part of their mission to protect this land for future generations, drought or no drought, Sinton said they “have placed a conservation easement on Avenales Ranch with the California Rangeland Trust, which will serve to protect the land at perpetuity”.

CORRECTION: An earlier version of this story incorrectly spelled the last name Sinton. This has been updated. (November 15, 2021)