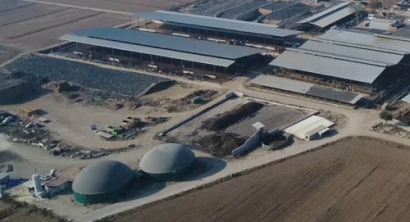 By Verna J. Barton Last updated Dec 7, 2021
Share
Currently German biogas specialist WELTEC BIOPOWER builds a biomethane plant for Spanish dairy cattle breeding Torre Santamaría. Since the commissioning of the first 250 kW biogas plant in 2011, the Catalan family business has been able to cover all of its energy demand from its own residues. The Vallfogona de Balaguer farm was the first milk producer in Spain to use residual materials for energy production.

The investment in the new RNG / biomethane plant amounts to more than 4 million euros, a quarter of this amount will be devoted to the modernization of existing infrastructure and the biogas plant. One of the reasons that Catalonia’s second-largest dairy producer is able to allocate a budget of this magnitude is that biomethane sales had already been contractually secured at an early stage. Green gas must be marketed as a climate-friendly fuel through an energy service provider.

“We see this AD plant as an environmental investment, because it allows us to reduce our own greenhouse gas emissions almost to zero and generate additional income from biomethane”, explains Juan Bautista Pons Torrades, Managing Director and owner of Torre Santamaría.

Cattle breeding in the province of Lleida is a pioneer in other areas. For example, Torre Santamaría was one of the first to introduce easily digestible A2 milk. In addition, in 2019, the company was the first dairy cattle farm to be certified by the Lactalis Group in recognition of its efforts in favor of animal welfare. The Lactalis dairy group buys some 22 million liters of milk per year from Torre Santamaría and sells it under different brands.

“To produce this quantity of milk, we breed 2,300 dairy cows and 2,100 calves on an operating surface of 14.2 hectares,” explains Torrades.

Each year, some 60,000 t of input substances accumulate for use in the production of biogas. Cattle manure makes up about 90 percent of the substrate. The litter composed of crushed straw as well as the remains of silage are also introduced into the digester. Currently, WELTEC is installing two additional stainless steel digesters for the digestion of all farm residues. Each of the digesters has a height of 6.30 m, a diameter of 26.87 m and a capacity of 3,573 m3.

According to Kornweibel, the existing 250 kW cogeneration plant will continue to operate despite the transition to RNG production. The farm is thus able to cover its own needs in electricity, heat and hot water.

Once the new plant is completed in the summer of 2021, Torre Santamaría will continue to meet its energy demand from its own raw material. In addition, the operation of the plant allows the Catalans to assume their corporate social responsibility and maintain a healthy balance between the environment, social concerns, economic factors as well as the security of the food supply and energetic.