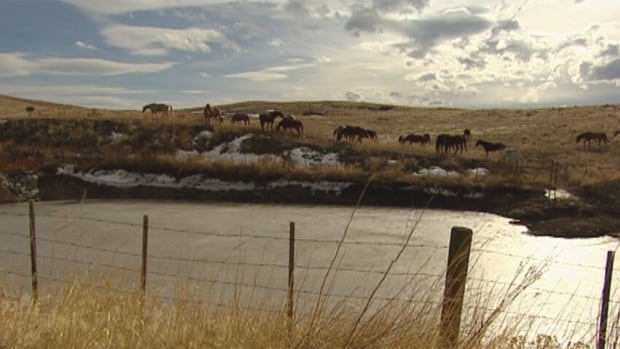 Canada’s largest working cattle ranch is hoping to convince the B.C. Court of Appeal to overturn a 2018 ruling that the public should be allowed access to two lakes near Merritt, B.C.

It is the latest development in a long legal battle between the Douglas Lake Cattle Company (DLCC) and a small leisure club in Merritt over who should be allowed access to public spaces enclosed by private property.

In December 2018, a British Columbia Supreme Court judge ruled that Minnie and Stoney Lakes in the Nicola Valley should be accessible to the public.

The lakes and a local road are surrounded by private ranch land owned by the company, which is owned by American billionaire Stan Kroenke.

For years, access to Minnie and Stoney Lakes had been blocked by fences and locked gates.

The 2018 decision ordered the removal of these gates so that the public could access the lakes.

The court said at the time that it would be “foolish” for a government to retain rights to a lake if a single owner buying all the surrounding land could prohibit its use.

He also clarified that Stoney Lake Road, which the DLCC previously closed to the public, was a public road because public funds were spent there and it was previously a historic trail to a traditional Indigenous village. .

The victory was the culmination of advocacy from the Nicola Valley Fish & Game Club, and most notably Merritt resident Rick McGowan, who has argued for decades that the DLCC has illegally barred access to fishermen and other seekers. to have fun there.

“We thought we would like to try to make a difference and try to see if we could possibly save the right for all future generations to access public property,” he said.

“In the Nicola Valley there are gates locked everywhere and most of them are illegal.”

According to the Outdoor Recreation Council of BC, which was authorized to intervene on behalf of the Hunting and Fishing Club in the appeal, the DLCC is seeking an order declaring there is no public access to Stoney Lake and that access to Minnie Lake is only by Wasley Creek Road.

“This case raises important questions about the extent of the public’s right to cross private property to access public resources such as lakes, hiking trails and the wilderness,” said Morgan Blakley, counsel for the board, which represents 100,000 outdoor recreation users in the province. .

“The ruling could have implications for public access across the province and builds on hundreds of years of case law.”

Bolivian cattle ranch to be symbolized to open business to investors