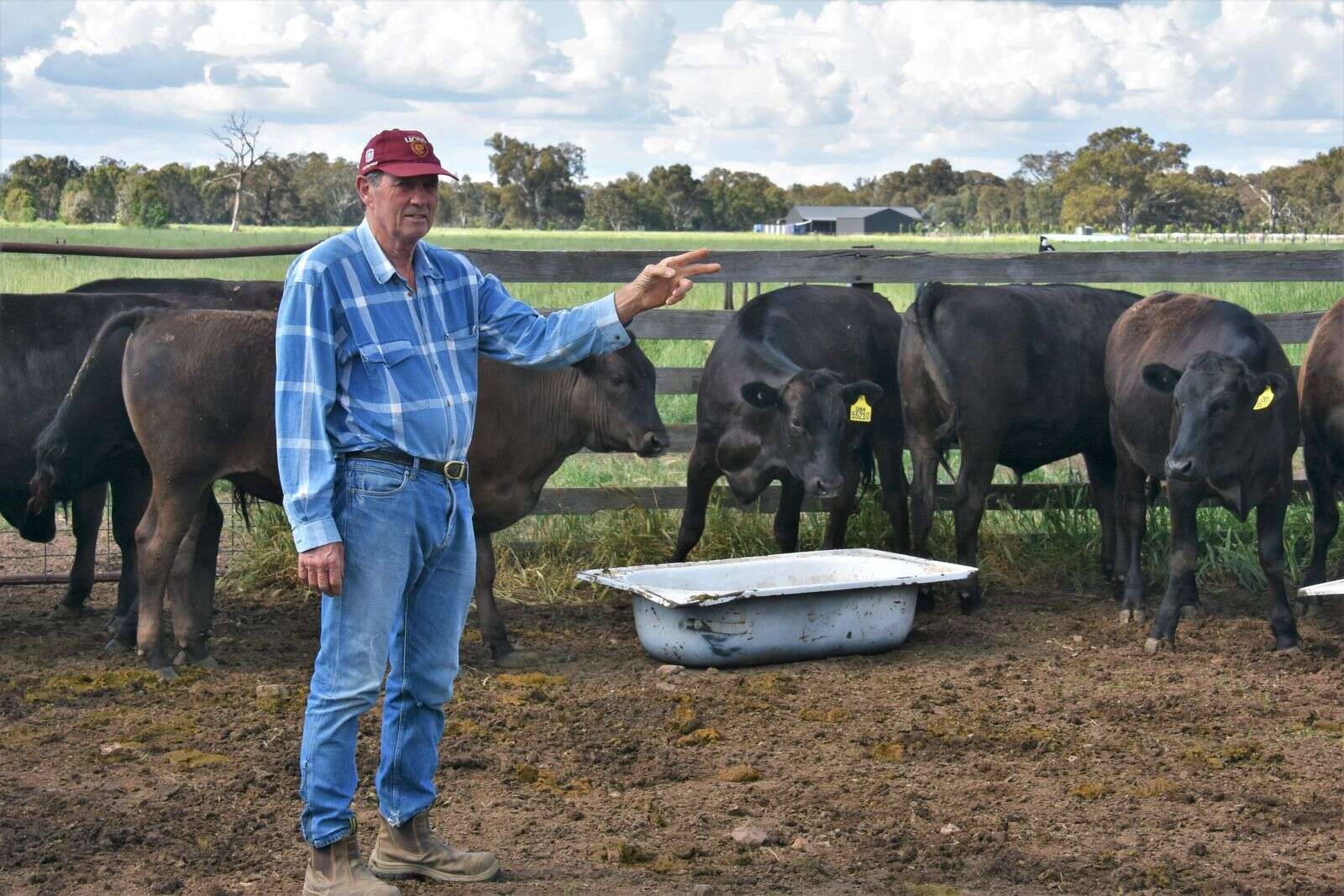 When local farmer Bill Sykes spoke to the Badge about her struggles to achieve carbon neutrality on her farm in Benalla, many in the community were eager to help.

After a brief conversation with Peter Holmes, President of the Benalla Sustainable Future Group (BSFG), Dr Sykes invited the members to his property for a conversation.

“I met about 20 people, almost all of them were from BSFG,” said Dr Sykes.

“I explained how my farm works which, although small, is typical of many grazing properties in the area.

“I tried to highlight the number of things a farmer needs to consider in their day-to-day business activities. In this context, climate change is one of the factors to be taken into account.

“Frank Dunnin was there. He’s a retired agronomist and he told us about soil carbons and the dynamics of soil carbons.

“In essence, like he said, there is no such thing as a free meal. If you put more carbon in the soil, you are giving up that carbon that goes into plants and is used by animals for fuel. weight, or produce milk or wool, for example.

“Frank also spoke about the difference between native pasture species and improved pasture species. Essentially, native grazing species, such as kangaroo grass, tend not to use water in the winter or spring and then use the water sparingly in the summer.

“The net result is less kilograms of dry matter produced for use by livestock, but an increase in soil carbons.

“While your improved pasture species use this moisture during the winter and spring, turning it into grass which is then used by the grazing cattle. So that was Frank’s explanation.

Dr Sykes said that when you delved into the details of what else could be done to reduce greenhouse gas emissions or increase soil carbon, there were no new ideas on the table.

“It was pointed out that if you use less diesel, grow less and use fewer diesel tractors, it will reduce your carbon footprint.

“It’s not that relevant for a pasture operation like mine, because 85% of my greenhouse gas emissions are methane from cattle.

“So that’s where I have to make an impact. “

However, Dr Sykes said the technology to address this issue has yet to be developed.

“There are certain methods, such as food additives including one made from seaweed,” he said.

“But it’s still in the developmental stage, it’s in its early stages. “

Mr Holmes said that while planting a lot of trees on a property was an option to offset carbon emissions, from a profitability perspective, it was not necessarily an option for small farms in areas like Benalla. with limited rainfall.

Mr Holmes said that with so many carbon emissions from Dr Sykes’ farm coming from cattle, it was difficult to achieve carbon neutrality while still being profitable.

“So we agree with him that we need technological advances in areas such as food additives,” he said.

“But we still think we need to encourage farmers to keep planting more trees on their properties, which can be done now.

“However, in terms of profitability while combating carbon emissions, it’s a tough situation and I’m glad Bill raised these issues.

“We still believe that the best carbon extractors are trees and deep-rooted grasses, but we agree that the viability of this depends on whether or not it is financially viable.”