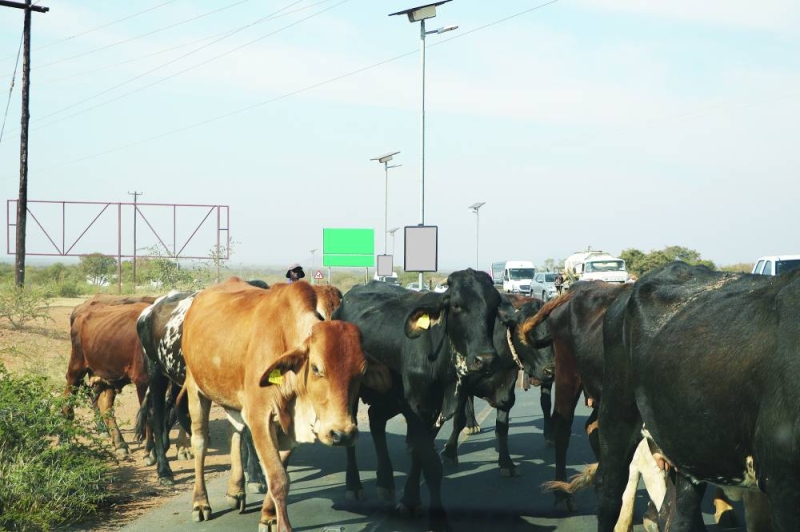 The results of the latest survey produced by Statistics Botswana indicate that the cattle herd has increased from 1.3 million in 2015 to 1.1 million in 2017 due to an increase in the number of cattle lost to stray animals and theft. of cattle. In 2017, approximately 83,901 cattle were lost compared to 8,571 recorded in 2015 due to these two factors.

The report further pointed out that the birth rate of cattle fell from 57.9% to 50.5% during the reference period, which may also have contributed to the reduction of the cattle population in 2017. The Cattle mortality rate also decreased from 7.1% to 6.2% and the exploitation rate from 6.6. % to 5.7% between 2015 and 2017 respectively.

“This implies that there is a reduction in livestock deaths that could be attributed to good agricultural practices. Cattle take rates fell from 6.6 percent in 2015 to 5.7 percent in 2017, indicating a decline in cattle sales during this period. It is possible to improve the performance of cattle farming in the traditional sector by improving both birth and exploitation rates and by reducing mortality rates, ”the report says.

The cattle herd has grown steadily since 2007, after a five-year decline from a peak of three million head in 2002. The cattle industry, which is the economic backbone of most rural people, has already been hit hard by the foot-and-mouth disease epidemic. Disease that increased livestock death rates, leading to a decrease in the cattle herd from 2.63 million in 2010 to 2.55 million in 2011. At the time, the government was forced to slaughter and quarantine beasts from affected areas.

However, the Economic Union Partnership Agreement (EPA) between the Southern African Development Community (SADC) and the European Union (EU) also appears to have created momentum for pastoralist communities. from Botswana for export-oriented livestock. The EPA gives Botswana, Lesotho, Mozambique, Namibia and Swaziland duty-free and quota-free access to the European market. The new SADC-EU EPA framework, which entered into force in October last year, is gradually bearing fruit as most livestock keepers are already exploiting it. Thanks to the EU agreement, Botswana exports beef without tariffs or quotas to the EU.

Regarding beef exports, since last year around 9,000 tonnes of beef exports from the Botswana Meat Commission (BMC) have been sold each year in the lucrative EU market, including 1,600 tonnes are sent to Norway under a quota agreement. The second largest BMC market after the EU is South Africa, where the parastatal company exports 14,000 tonnes of beef per year. The other markets are Angola, Democratic Republic of Congo (DRC), Mozambique, Hong Kong, Thailand, Kuwait and Ghana. The Chinese market is also lucrative as they want both red and green offal such as tripe to name a few. A few years ago, BMC secured supplies to the Vietnamese market where it ships 50 tonnes (two containers per week).

At the same time, during the period under review, the goat population increased from 1.1 million in 2015 to 1.2 million in 2017, although the birth rate fell from 43.6% to 39.3%. The goat death rate also increased significantly, from 16.7 percent to 22.9 percent during the same period. However, the goat harvest rate improved from 7.1% to 7.3% between the two seasons.

The deputy for Kintampo Nord questions the Minister of Agriculture