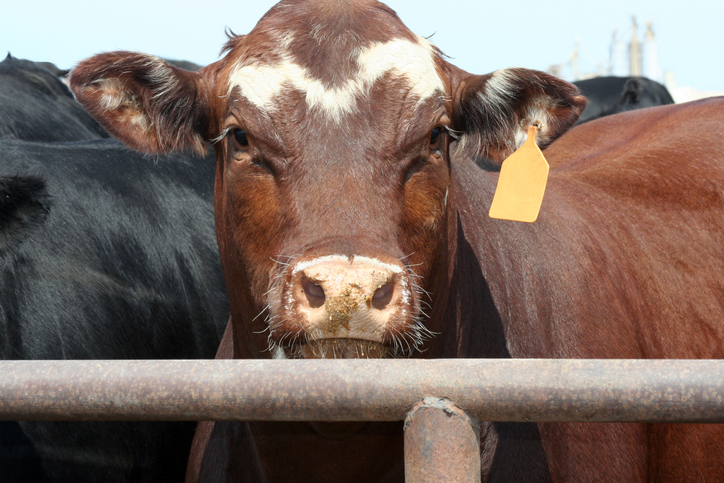 Environmental Footprints of Beef Cattle Production in the United States

Alan Rotz, an agricultural engineer with the Agricultural Research Service (ARS) of the United States Department of Agriculture (USDA), along with a team of researchers, carried out a modeling and analysis project using an integrated farming system model as well as soil and climate analysis to establish a baseline for environmental effects associated with beef cattle production in the United States.

“This provides a baseline so we hopefully have something to compare against as improvements are made in the future,” he told FeedNavigator. “It shows where the main issues are, and it’s somewhat region specific, but what do you focus on if you want to improve and reduce those environmental impacts [and] What [actions are going] to provide the most benefit… that’s the kind of information that can really be gleaned from this.​

Details of the project, funded in part by the Beef Checkoff, have been published in the journal, Farming systems​.

The National Cattlemen’s Beef Association in the United States also participated in the project.

The analysis took several years, Rotz said. Some of the comments made early in the project about the effect of beef production on the environment were not well documented.

“There was a need for a more comprehensive scientific study to document as best we could precise scientific numbers as close as possible – exactly what beef sustainability is,” he said.

Now that the initial review is complete, the next step will be to focus on mitigation efforts, he said.

“Now we have a good basis for comparison – what are the options what can we do to improve things?”​

According to the study, the wide variation in environmental footprints found between different production systems indicates that reductions can be made to improve overall sustainability.

“However, much of the difference between the systems is due to climatic and soil factors that are beyond the control of growers. Warmer, wetter climatic conditions and soils with high clay content tend to increase both carbon and nitrogen emissions The amount of precipitation received affects the need for crop irrigation and, to a lesser extent, the need for drinking water Broad and general recommendations cannot be made at the national level for improve sustainability Improvements should be made on an individual operation basis given the uncontrollable factors that influence the management of the operation.​

“When considering individual farms, there are management factors to consider to reduce environmental impacts. A major consideration is the time required to produce finished cattle. In general, the longer they are alive, the more impact they have. that the feed used to achieve the highest rate of gain may have the greatest impact on the environment Optimal use of fertilizer and lime should be considered to make the most of the available nutrients with less loss to the environment Minimizing the use of trucks and all-terrain vehicles and greater use of solar and wind power for livestock watering and fencing can reduce energy consumption. ​

“In areas where irrigation is required, the efficient use of this water for crop or pasture production is key to reducing blue water consumption. These and other factors must be considered as we are developing more efficient and sustainable beef production systems”, noted the authors.

The modeling and review process began with a pilot project involving an ARS facility that also raises livestock, Rotz said.

“They had a lot of good data and things we could work with to support our modeling effort and validate our process,”he said. “We looked at the entire life cycle of beef based on a single production system.”​

Following the small-scale project, the country was divided into regions to allow for specific models of beef production in different parts of the country, he said.

“We went to each region and conducted an online survey of producers, visited farms and gathered information on how they do things. [and] modeled by what we call a Life Cycle Analysis (LCA) to get numbers on the impact of beef cattle production.​

“In the end, we did [about] 150 different simulated cattle farms across the country in different climates and different management strategies and pulled that data to look at national numbers. »​

He found that smaller farms and higher stocking densities were more common in the east or in wetter climates, while western growers tended to be larger in size and use lower stocking ratings, said the authors of the report.

However, other areas where facilities differed included animal housing and on-farm feed production, and farm equipment and manure use were also considered.

After completing the modeling and analysis, there would be a way to sustainably produce livestock across the country, Rotz said. However, attention should be paid to regional differences.

“You can’t do the same thing everywhere different regions have different ways of doing things, we have to work in those regions to do things the best we can for those regions,”he said.

The results of the environmental reviews were presented by stage of production — cow-calf, feeder or finisher — and by region, the report authors said.

About 74% of the feed eaten by cows is eaten during the cow-calf phase, they said. About 82% was forage, 11% grain and 7% by-product feed, they said. Food consumption was fairly consistent across all regions.

Water use differed by region, often depending on temperature, they said. Fossil fuel use also varied from region to region, mainly depending on farm size, although western facilities used more electricity to support the irrigation of production of animal feed and to provide drinking water.

About 35% of the gas emissions occurred during the finishing phase, but about half came from waste generated at the cow-calf stage, the authors said.

The cow-calf stage tends to be the longest period of production, Rotz said.

“One of the things that came out of that was the use of water, especially in the dry western areas,” he said. “This seems to be an area that we really need to pay some attention to as water is becoming increasingly scarce. We can use foods that are less water dependent, less water intensive – this is going to be a big help .​

Water use during the stages of beef production doesn’t pose the same challenge for producers in other parts of the country, such as the Northeast, Midwest or Southeast, he said.

In the eastern parts of the country, growers could focus on using inputs on farmland, Rotz said.

“Another thing that we didn’t necessarily expect is that there’s a lot more fertilizer and lime being used in the east,” he said. “It makes sense because of the wetter climate and soils and we work with more intensive production systems – we tend to use these resources more, but again they contribute to energy consumption and l carbon footprint as well as nutrient losses from the farm.”​

The type of feed used during beef production shows that only 10-15% of them could be edible by humans, he said. Increasing the use of by-products in livestock feed is one way for producers to reduce the carbon footprint of their production.

“As we look to the future, whatever we can do to recycle more of these types of products through beef and reduce the amount of corn, especially irrigated corn, the lower the impact.”​

Build and maintain a breeding farm