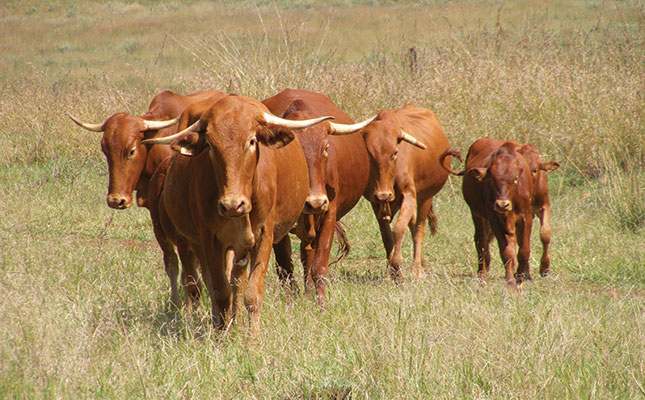 How to Optimize Beef Cattle Production

Optimizing the environment is the most important condition for sustainable beef production, according to animal keeper Hennie Snyman. For this to happen, implementing the principles of precision agriculture is key, he says.

Beef cattle production is often considered a lesser part of diversification on an agricultural production farm, with animals raised on marginal soils, pastures and grain stalks. However, given the current economic realities and challenges, it can no longer be considered a low-input, low-income concern.

“The beef component, while it has the potential to add tremendous value to any diversified farm operation, regardless of size, can be a very lucrative source of income through effective management and implementation of basic precision farming practices,” says Hennie Snyman. , an animal scientist from Parys in the Free State.

“Commercial beef cattle production has grown beyond a low-input business that is kept on the fringes of the main business and should be run as such.”

According to Snyman, implementing the principles of precision cattle farming doesn’t have to be a complicated affair. This requires common sense, good planning and monitoring the interaction between animals and their environment.

“This significantly reduces the margins of error in favor of sustainability and profitability. Without the necessary information and data, beef cattle producers will have a very hard time making informed and valid decisions,” he says.

Snyman says an environment conducive to optimal production is non-negotiable.
Additionally, the environment not only includes the natural “setting,” but also includes factors such as breeding seasons, animal health protocols, nutrition and supplemental feeding, and parasite control.

“Genetics obviously also play a role in the selection of beef cattle, but good environmental management is far more important. No animal can and will function optimally in a poorly managed situation. It is vital that the production environment is developed vertically first. Only then can producers begin to think about the horizontal development of a beef production business. One of the biggest problems I have encountered is that growers start to expand horizontally before the vertical environment has matured,” he explains.

For example, growers will be well advised to create a year-long management program based on prevailing climatic conditions in the area where they are farming. The use of data such as the dates when the rainy season usually begins, the general duration of the season and the distribution of rainfall will enable informed decisions to be made effectively on management plans for the full year. This includes issues such as pasture rotation, breeding and herd health.

Snyman says one of the first lessons a cattle rancher must learn is that they should respect the pasture available on their farm as the business’s most valuable resource.

Pasture condition and conservation is an integral part of precision agriculture management, he adds.

Snyman says that requires landowners and managers to regularly inspect the amount, type and composition of pasture available to their cattle herds.

“It is of no use for a rancher to simply observe the state of the veldt from a distance. The veldt should be inspected regularly in detail and preferably from above.

“Growers really have to walk the veld to check the condition from top to bottom. The apparent condition of the veldt can often be very confusing if viewed only from a bakkie.

“A lack of information on the state of available pasture could lead to serious stocking rate calculation errors, to the detriment of both animals and the environment,” he explains.

An effective grazing rotation system is an essential component of sustainable beef cattle production. Rotational grazing works on the basic principle of grazing and resting. Once a camp is grazed, it must be allowed to undergo a full rest period so that the veldt can be rejuvenated for the next grazing period.

This generally leads to higher pasture yields and, combined with the correct stocking rate, results in more grass utilization, which means more grass converted into beef for the benefit of the farmer.

Another benefit of regular veld inspections is that they allow the herder to monitor the rumen health status of the cattle and verify if the ration composition is working.

Marked changes in manure can be an indication of ration problems.
Snyman says assessing an animal’s nutrition can be as simple as looking at their manure.

Manure assessment can provide an early indication of feeding problems, such as too much or too little fiber, too much or too little degradable protein, or excessive mineral intake.
Very runny or runny manure can indicate rumen acidosis, hindgut irritation, or even disease, while heavy manure with a thick consistency signals good rumen health and a well-digested ration.

“Record keeping is essential to determine and fully utilize the potential of grazing. Records should be kept on the number of animals in a specific camp, the length of the grazing period, as well as the type of animals kept in the camp.

“After a few seasons, the camp’s production potential will become clearer, making it possible to establish a dry matter budget for the next season.

“In times of drought, the data collected in this way will make it much easier for farmers to take precautionary measures and quickly remove animals from the veldt, while they are still in good condition.

“This will go a long way to avoiding crisis sales and the resulting low prices,” says Snyman.
A producer’s annual management program should be designed to keep animals healthy and well-fed, Snyman says.

For example, the program must be designed in such a way that it provides timely vaccinations against the predominant diseases. This will largely prevent producers from falling prey to vaccine shortages.

Snyman stresses the importance of synchronizing animal nutrient demand with the veldt’s nutrient supply in order to keep production rates as high as possible. Not only does this contribute markedly to high reproduction rates, but it also reduces reliance on licks and additional nutrients.

“This means that animals should be grouped according to their nutrient requirements and each group’s supplementary feed should be designed accordingly.

“Because of their varying nutritional needs, it just doesn’t make economic sense to group young animals with older animals. The nutritional needs of heifers, for example, in terms of protein and energy, differ enormously from those of cows,” he says.

Nutrition is the backbone of a livestock business. Shortcomings in this regard will invariably have an eventual impact on profitability. Reproduction and growth are two of the factors that will be negatively affected by poor and inefficient nutrition, resulting in less money in the producer’s pocket.

“I’ve found that producers who are successful in sustainably maintaining high reproductive rates reinvest about 20 percent of the revenue generated from raising animals back into animal feed and supplements,” Snyman says.

According to him, the main objective of a beef cattle production company is to produce the optimum number of calves annually. While weight and other inherited traits play an important role in producing weaners, the condition of the dams plays the most important role, he says.

To ensure the maintenance of breeding animals in the best conditions, a dynamic and vital grazing system is therefore essential. On a scale of 0 to 5, the condition of the mothers should never be less than 2 and should be between 3 and 3.5 at the start of the breeding season, says Snyman.

“Farmers can be sure of success if they use precision farming methods. To measure is to know. By improving business efficiency, inputs are reduced and outputs are increased.

How to Optimize Beef Cattle Production