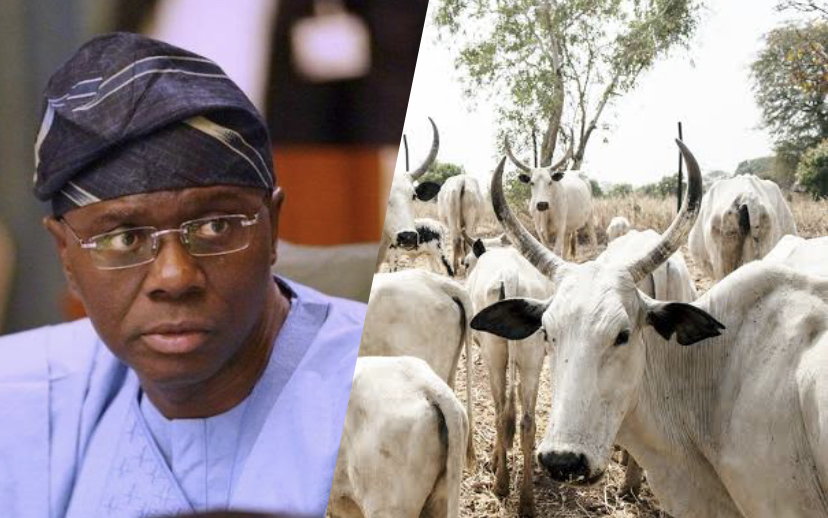 The Lagos State Government, led by Governor Babajide Sanwo-Olu, is to establish a 250 hectare feedlot/ranch at Igbodu, Epe through private sector investment to boost production in the supply chain. value of red meat.

State Agriculture Commissioner Abisola Olusanya said in Lagos on Thursday that the project was aimed at alleviating supply shortages caused by strikes and other challenges.

Feedlots are agricultural operations where animals are kept and raised in confined situations…that bring together animals, feed, manure and urine, dead animals and production operations on a small acreage .

In the arrangement, food is brought to animals rather than animals grazing or otherwise foraging in pastures or fields.

Ms Olusanya said the project would be carried out in phases as more private feedlots are expected to be set up in the state.

According to the commissioner, the state has acquired more land in Epe but would implement the project in phases.

“We have indeed appealed to investors, launched an expression of interest.

“We have investors who have actually expressed interest, they have applied and made a selection.

“We’re just trying to clean up, put some infrastructure in place and get private investors to invest.

“We are doing 250 hectares initially, this is the first phase; we have acquired more land in Igbodu, Epe, and we hope we can increase it,” she said.

Ms Olusanya said the project aimed to demonstrate that cattle could be raised on ranches or feedlots as opposed to open pastures.

“The idea is to bring private investors into the value chain so that we establish feedlots, individual feedlots.

The official said the government intended to have a centralized facility maintenance company or a private sector player to help oversee activities at the feedlot.

“In Nigeria, we eat nearly three million or more herds of cattle every year.

“Lagos alone consumes more than half or so of it, and if we consume that much, it makes sense to bring that product or livestock closer to Lagos.

“We have seen the impact of long-term road closures, roadblocks, food meltdowns and association issues; when they go on strike, the impact is mostly felt in Lagos.

“How can we start to mitigate such things so that in the future, even if you encounter a crisis, we are not affected too much.

“It’s not that we won’t be affected, we will be affected but not badly affected to the extent that it will become a security issue.

“That’s why we’re doing some of these things to see that cattle can actually be raised on ranches or on feedlots,” she said.

The commissioner said the state government had already started a pilot feedlot project in Badagry, adding that some of the cattle were sold during the last Eid-Al Kabir celebration.

“They were very big cows; those who bought the cows from us can attest to the fact that these cows were different.

“Actually some people thought they were international breeds that we brought into the country, but they were cows that we bought here locally when they were young and cared for them for about 18 months. .

“21st century Lagos should be able to establish ranches and feedlots,” she said.