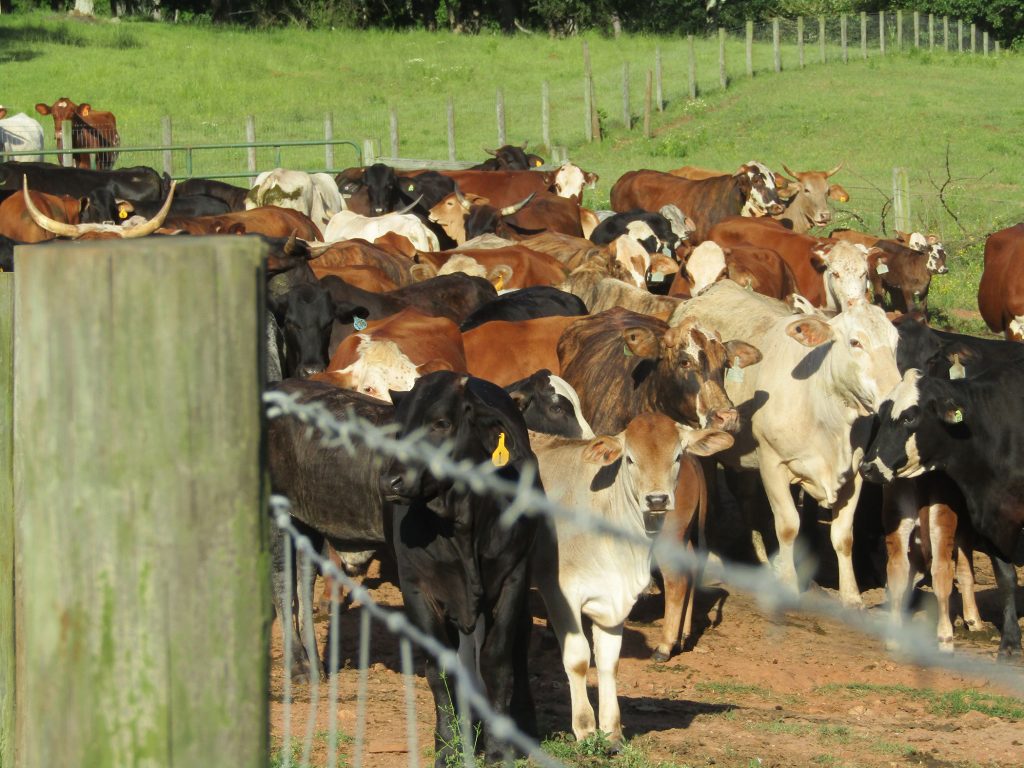 What Joseph Egloff started as a “hobby” in 2011 is now a full-time cattle ranch. with a meat packing plant serving customers from Florida to North Carolina.

“I had eight head of cattle and a day job to pay for my cow habit,” Egloff said of Rocking Chair Ranch Cattle in Forsyth, Georgia. “Then it exploded on us. What started out as a small hobby turned into a real job and after about three years we were down to around 58 head of cattle per year.

As the business continued to grow, Egloff turned to the University of Georgia Small Business Development Center to help.

Egloff also received support from UGA extension. Every year, he sends them soil samples from his ranch for quality analysis to inform the decisions he makes for his pastures.

“They’re great people out there and for a farm that doesn’t have the experience of others, they have welcome knowledge,” Egloff said. “Even though I am called a cattle rancher, I am nothing more than a grass farmer. You take care of the soil, the soil takes care of the grass, the grass takes care of the cattle. The foundation is good healthy soil.

Since 2017, sales of the Rocking Chair Ranch have increased by 20%. But Egloff could do better, reducing the time and cost of getting cattle to the nearest processing plant.

“Joseph would take the cattle to the nearest processing plant, about an hour and a half outside of Tifton, once a week,” Williams said. “It was causing a bottleneck in their production and he wanted an alternative. So we started discussing the possibility of him starting his own factory.

With the help of UGA SBDC, Egloff successfully secured a loan from the Small Business Administration of nearly $ 1 million to build his own processor.

Construction started in 2019 with MidSouth Packers open to the public in August 2020.

MidSouth Packers serves farmers on more than 70 small farms in the Southeast, hauling cattle from as far north as Franklin, North Carolina, and south to Lake City, Florida.

He hopes to expand his business to processing lambs and goats in 2022.

“With the packaging facility I can support other small livestock producers and it makes me feel like I’ve done something worthwhile,” Egloff said. “But I didn’t build this thing on my own. I knew in my mind that this thing could work, but I didn’t know how to make it work. We received a lot of help and I am very grateful to Peter and the others for that.