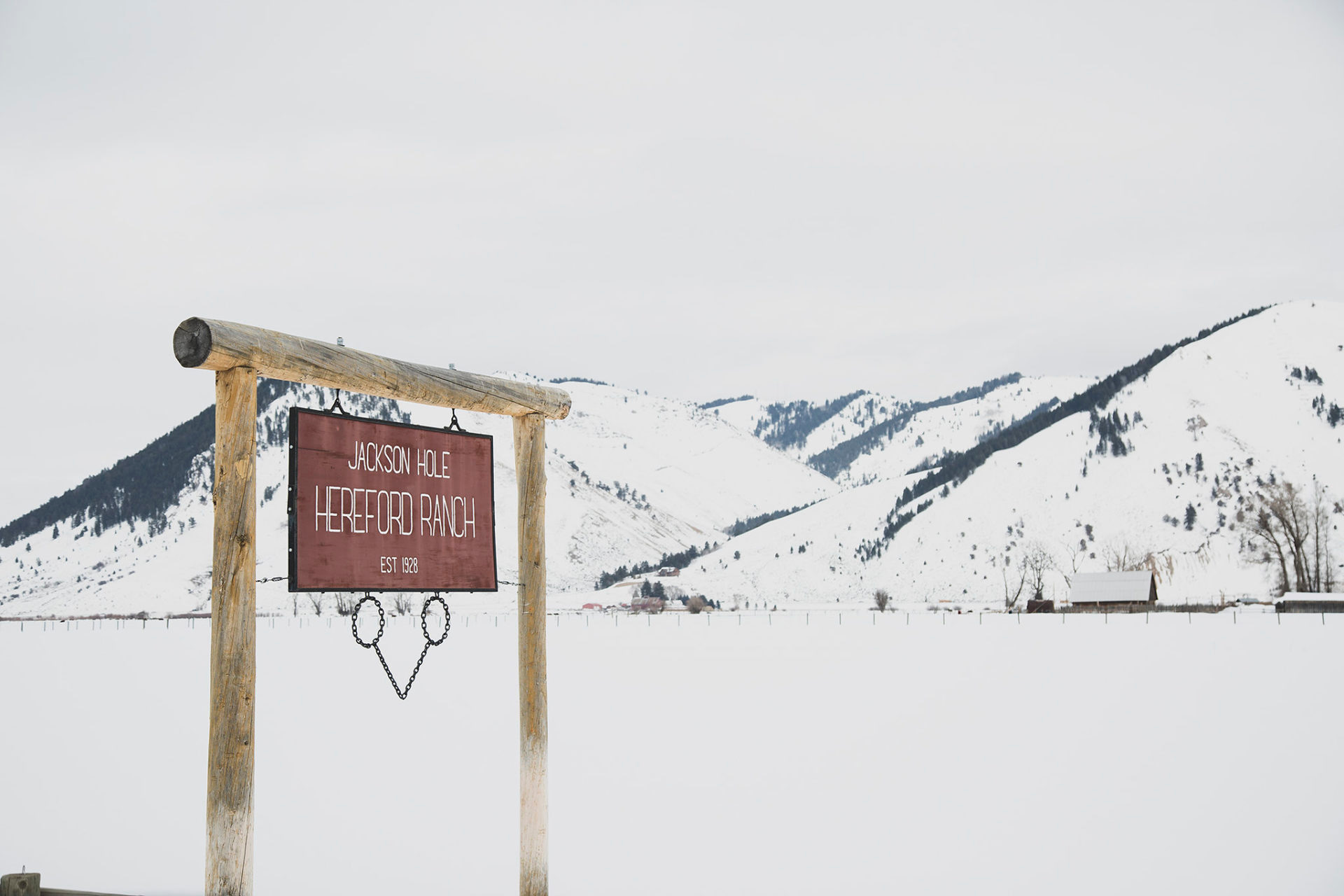 JACKSON, Wyo. – The Gill family’s surprising proposal to build up to 488 homes on part of their farms in South Park will require a zoning change from Commissioners and buy-in from the general public.

For now, the idea of ​​turning a piece of cow pasture – once prevalent for everything from a big box retailer, to another high school, to an IMAX theater – into much-needed housing is rocking the community.

Liz Brimmer introduced the project as High School Road Housing at a County Commissioners Council voucher meeting earlier this week. Brimmer, communications and public relations specialist, and former county planner Susan Johnson unveiled the concept, saying they would like to see the “meaningful and heartfelt” submission considered by the planning department “as soon as possible.”

The proposal describes two options for a 100-acre parcel in the northwestern part of the Gill Cattle Farm known as Hereford Ranch at the corner of South Park and High School Roads. The plot was chosen by the Gill family because of its rocky nature, making it a less productive grass production lot for livestock.

It is also located in what the applicant believes to be the next logical place for large-scale housing development.

“The location is very well suited to housing. It’s next to six existing schools, soon to be seven. It’s the right place for some sort of density. Something is going to happen on that stretch of land off High School Road, ”said Brimmer.

Johnson added, “He’s definitely supported by the Comp plan. It would be similar in density to Cottonwood but 50 acres less than Cottonwood. It is next to town, with access to a robust trail system and START bus transport. This is an opportunity to remove some of the traffic coming from Alpine and Victor from the roads. Maybe all of these people can have the opportunity to make Jackson their home.

The Gill family offers two options with the 100 acres currently zoned as both rural (74 acres) and suburban (24 acres). Rezoning at AR-TC would allow a developer to build smaller homes, limited by a maximum square footage, which would still be theoretically achievable due to their smaller size. This option also includes a donation of 30 to 40 lots to Habitat for Humanity for the construction of affordable housing.

In the second option that appears, the family says they can now build, as of right, 83 units with 12,000 square foot lots on the 26 zoned suburban acres without housing for the workforce. This scenario would build up to 4,200 square feet of trophies and turn the cow patty field into something more similar to Indian Trails or HHR Ranches in Wilson.

Spokesman Brimmer said: “While both options are viable, Option 1 is preferred by the Gills because of the positive impact it would have on the supply of needed housing in the community without subsidies from the Gills. taxpayers. The Gill family firmly believe in the axiom: if you want a local community, you need premises.

The project was officially submitted to the planning department immediately after the meeting of the BCC vouchers. Presenting such an ambitious project in a sleepy morning meeting during a public comment period normally reserved for off-agenda items like neighborly disputes was unconventional, some say.

Some have speculated that it was a calculated bet to get the housing project known to the process and to the public before planning staff and elected officials could find reasons why they didn’t like it. With a community on the landowner’s side, it would be more difficult for county commissioners to oppose a zone change or other go-ahead decisions.

Polls show that Larry Huhn’s housing development project on Hog ​​Island – a similar idea – was popular with the community but was ultimately rejected by elected officials.

Brimmer denied any intention behind the surprise presentation other than to say it was a way to fully engage everyone at the same time.

“The approach was to fully present, in a video and transparent forum, an applicant’s attempt to submit an idea. The opportunity presented a transparent and widely open public process, ”said Brimmer. “So we went directly to the planning staff, directly to the Council of Commissioners and directly to the community. It is in fact a total commitment. Everyone is informed at the same time and invited to fully commit to the way in which they wish to see this plot develop. It is a real opportunity to have an active dialogue with the public on a portion of land compliant with Plan Comp. The opportunity to say what would be good, what would be good, what would be better than the big houses in the field.

The process, however, left the county’s affordable housing department out of the loop. Director April Norton said she didn’t feel snubbed by the decision to go exclusively to Habitat for workforce housing, but worried that other single-family homes in the project remain affordable.

“We see what happened to Rafter J and Cottonwood,” she said, referring to the escalation in real estate values.

Brimmer said the idea to go with Habitat was due to the organization’s strong track record of providing more Category 1 housing for the most deprived segment of the community.

Rezoning would be the next logical step. Legacy properties such as the Gill farms have been excluded from the recent county-wide rezoning in accordance with LDR updates stemming from the 2012 compensation plan. An upstream area on the 100-acre Gill plot on South Roads Park and High School appear to be in line with the Compensation Plan’s desire to identify entire neighborhoods as suitable locations for increased density.

Planning Director Chris Neubecker received a formal request and assigned staff member Christy Malone to work with applicants. Brimmer said she hopes to be on an agenda as early as mid-March.

The potential 488-home subdivision would include amenities such as new trails, playgrounds and a pocket park. The applicant is also contacting the St. John’s Health, Game and Fisheries Department, and potentially others, regarding a partnership in the project.

As for Teton Habitat, 30 to 40 lots would be the largest donation ever received.